Entertainment icon William Shatner is preparing to release his new record, “The Blues”, on October 2. The LP sees Shatner covering blues classics with an all-star cast of guest guitar players, including Ritchie Blackmore, Pat Travers, Steve Cropper, Tyler Bryant and many others. Shatner recently spoke with Jeff Gaudiosi of MisplacedStraws.com about the record.

“It means so much to have somebody like Ritchie Blackmore play this B.B. King classic”, Shatner said, referring to “The Thrill Is Gone”. “I don’t have the words to convey how honored I am that a guy like Ritchie Blackmore is on it, a guy like Brad Paisley on ‘Sweet Home Chicago’. The artists bring their great talents and make each number superb, it’s something to heard to be believed.”

Shatner is also excited about the upcoming video for the album’s next single, “I Put A Spell On You”, featuring legendary Canadian guitarist Pat Travers. “It’s an animated video, I suggested to the animator that’d be a bar and me buried in a booth somewhere looking with lust and longing at the barmaid who is serving drinks, and it’s inside my head that I’m saying “I put a spell on you””, explained Shatner. “She’s totally unaware that this crazy guy is lusting after her. It’ll be really funny, I think, and at the same time, it’s a different interpretation of that song.”

To hear the full interview, go to MisplacedStraws.com.

“The Blues” will be released on CD and limited-edition colored vinyl. 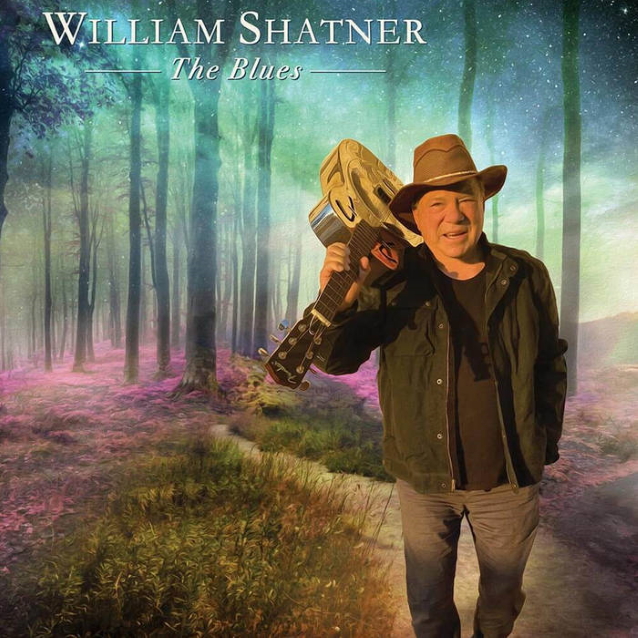