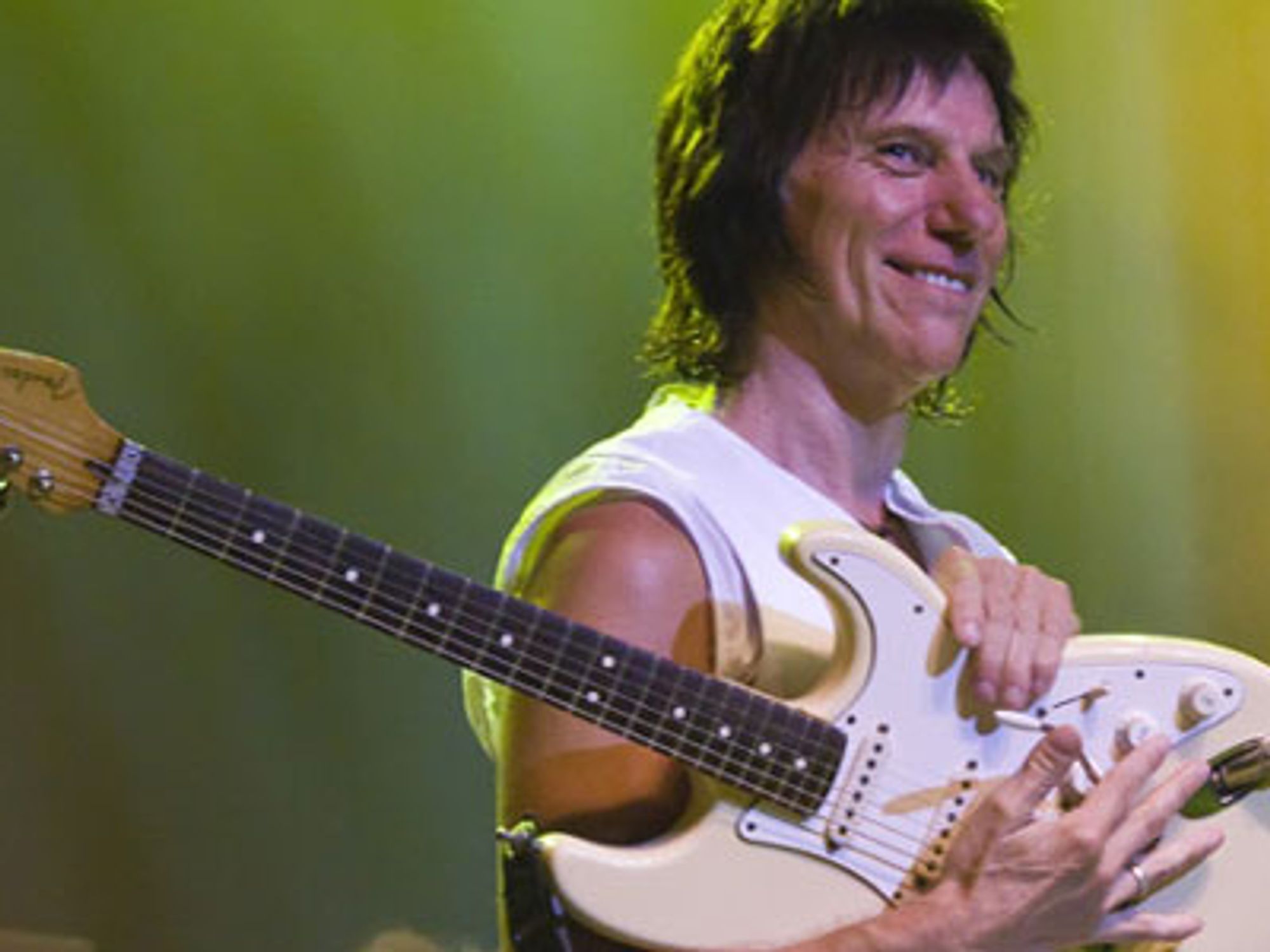 Jeff Beck is arguably the most eclectic and ever-evolving guitar hero. He was part of the holy trinity of Yardbirds guitarists, along with Eric Clapton and Jimmy Page, and is the one who has consistently remained at the forefront of the electric guitar ever since. From John McLaughlin to Eddie Van Halen, Beck is a favorite of just about any guitar player you could name, and that includes the other Yardbirds alumni. Stephen Colbert explained it best at the Grammy awards, “You know the game Guitar Hero? He has the all-time high score—and he’s never played it.” Let’s take a look at some of the many highlights of Beck’s playing throughout his illustrious and uncompromising career.

Beck’s stint with the Yardbirds—including his groundbreaking work on such psychedelic hits as “Over Under Sideways Down” and “Heart Full of Soul”—cemented his iconic status, but his melding of influences from Chuck Berry, Cliff Gallup, and Les Paul on the blues instrumental “Jeff’s Boogie” was eye-opening to legions of guitarists in the wake of the British Invasion. Here’s a Cliff Gallop-inspired rockabilly phrase (Ex. 1) that uses pull-offs for speed.

The chromatically climbing lick in Ex. 2 reveals Beck’s brilliant technique and his love of flashy and dramatic fretwork.

Like Clapton and Page, Beck was steeped in Chicago blues, and as with those players, he developed a distinctive voice in the style early on. This Truth-inspired solo (Ex. 3) on a 12-bar blues demonstrates some unison bends (measures 1–4), ostinato licks (measures 5–8) and a quirky, pre-bend idea in the final section.

When Jeff Beck Group was released in 1972, it offered a premonition of Beck’s unique approach to the tremolo bar that would become so important to his playing in the decades to come. In Ex. 4, a wild use of the bar gives a modern and innovative twist to what could otherwise be more conventional blues ideas.

Our next phrase (Ex. 5) is in the spirit of “Freeway Jam” and a host of other funky instrumentals from the 1970s, and it showcases Beck’s use of the Mixolydian mode (1–2–3–4–5–6–b7). With its major quality and lowered 7, this scale is tailor-made for playing over dominant 7 and 9 chords. Beck often uses it as the basis for both melodic themes and improvised solos. Frequently, he further embellishes Mixolydian lines with bluesy ideas, like the Bb (b3) to B (3) leading into the final measure.

Beck’s impressive ballad work, inspired by the great Roy Buchanan, is heard on the classic Stevie Wonder composition, “’Cause We’ve Ended as Lovers.” In Ex. 6 you’ll hear many C minor pentatonic (C–Eb–F–G–Bb) licks with a host of bending techniques, such as compound bends (measure 2) and pre-bends (measures 3 and 7). Virtuosic ostinato–based figures are used to great dramatic effect in measures 5 and 6.

Beck’s revival of “People Get Ready” was a career high point in the late ’80s, and it made a clear statement of his relevance as one of the most expressive and distinctive guitarists of the day, already more than 20 years into his career. Bending finesse, with fingers and tremolo bar, and even a simple taste of a finger tap is present in Ex. 7. This is perhaps the clearest example of the precise tremolo bar usage to come, and worth mastering before tackling the likes of “Where Were You” or “Over the Rainbow.”

Our final example (Ex. 8) is a phrase from the Bulgarian folksong “Kalimanku Denku.” This particular vocal music is perfect for working on Beck’s tremolo stylings because it is, in fact, what inspired much of his playing in the past 20 years. Check out a compilation album called Le Mystère des Voix Bulgares to hear what Beck used as the model for his mature and advanced tremolo bar work. Also, make sure that you adjust your tremolo to float, i.e., so that it can raise a note by a minor third on the 3rd string. To check, play an open G note and be able to bring it up to a Bb.

Will There Ever Be Another 'Big Four' Concert? Ex-MEGADETH Bassist DAVID ELLEFSON Weighs In

SCOTT STAPP 'Will Take The Blame' For CREED's Original Split