THE DEAD DAISIES — the hard rock “collective” founded by Australian musician and businessman David Lowy — has released the official music video for the song “Holy Ground (Shake The Memory)”. The track is taken from the band’s fifth album, “Holy Ground”, which is due on January 22, 2021. The LP was recorded at La Fabrique Studios in the south of France with producer Ben Grosse. The follow-up to 2018’s “Burn It Down”, will be the band’s first to feature Glenn Hughes (DEEP PURPLE, BLACK COUNTRY COMMUNION), who joined the group last year as its new bassist and vocalist, replacing John Corabi (MÖTLEY CRÜE) and Marco Mendoza (THIN LIZZY).

“Holy Ground (Shake The Memory)” was the first song Glenn wrote for the album during the pre-production sessions at Sunset Sound Studios in Los Angeles.

Hughes says: “‘Holy Ground’ has an intense groove, dramatic light and shade and a massive chorus. It’s about awakening to the present moment, shaking the memory and a transformation into consciousness.”

With this crazy year nearly over, this track is aptly named and highlights living in the moment and making the most of it. Its positive message is a reinforcement to enjoy what life has to offer at any given time.

Aldrich states: “‘Holy Ground’ is a deep intense musical ride that takes unexpected turns and drops you off exhausted but happy.”

This past September, THE DEAD DAISIES released another new single, “Bustle And Flow”. The track arrived two months after the release of THE DEAD DAISIES‘ “The Lockdown Sessions” digital EP. That effort contained four acoustic tracks, all of them exclusive to this EP: “Unspoken”, “Righteous Days” and a version of the HUMBLE PIE classic “30 Days In The Hole”. The EP rounded out with a stripped back version of “Fortunate Son”, featuring Castronovo on lead vocals.

In an interview with “The Blairing Out With Eric Blair Show” at this past January’s NAMM convention in Anaheim, California, Hughes spoke about how he came to be involved with THE DEAD DAISIES. He said: “They wanted someone in, and they were asking me about a year ago if I would be interested in doing this. And I’ve been doing the ‘Glenn Hughes Performs Classic Deep Purple’ [shows] for a couple of years, and I thought it would be appropriate for me to take a break from that and do something other than [that]. And I got together with the guys and we had a play. I’ve known Doug a long time, as you know. And it just fell together beautifully. It’s a beautiful piece of music. I can’t wait for people to hear it.”

Asked what the new DEAD DAISIES material sounds like, Glenn said: “It’s classic rock and it’s a groovy album. It’s got a lot of melodies to it. It’s what you can imagine with me joining them — what could have happened and what has happened. It’s a very interesting piece of music.”

Hughes told “That Jamieson Show” about the lyrical themes covered on “Holy Ground”: “Since I’ve been clean and sober now almost 30 years, I think in PURPLE, in the ’80s and ’70s, I wrote about fiction. Then, when I got sober, the more time I have under my belt, and the years I have under my belt, I’m really, really honing in on life — what happens between life and death: fear, no fear, love, faith, hate, giving. And THE DEAD DAISIES album is one story after another.

“I know you’ve interviewed a lot of people that have done their work, and their work is about to be released, and they’re looking at this work going, ‘Wow! I’m writing this stuff, and it really means something now.’ Well, funny enough, the record I wrote with THE DEAD DAISIES, the songs that you go, ‘Surely he wrote this when the [coronavirus] crisis started.’ No, I wrote this [in] August [2019].

“So the album is self-explanatory,” Hughes added. “It’s about autobiographical stuff. I do write stuff about what happens in my life. But I think people will hear it and they will relate to it, because they’re probably going through the same [stuff] — whether it’s fear or happiness or sadness or whatever. I’m a ‘feelings’ kind of dude.” 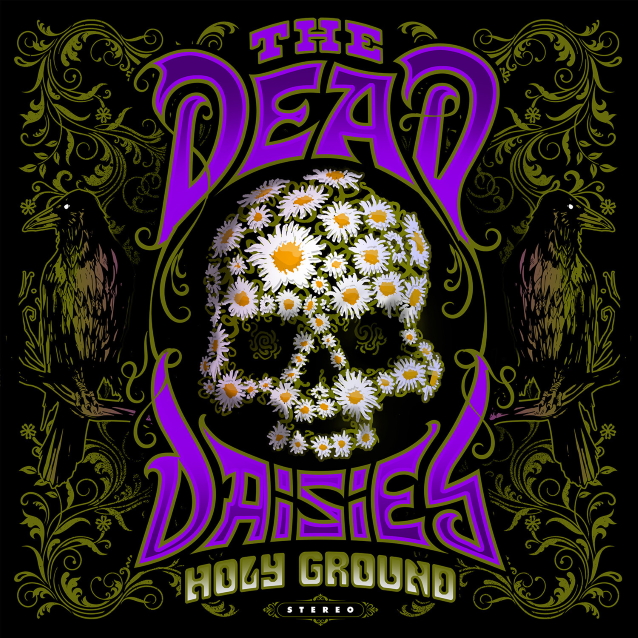