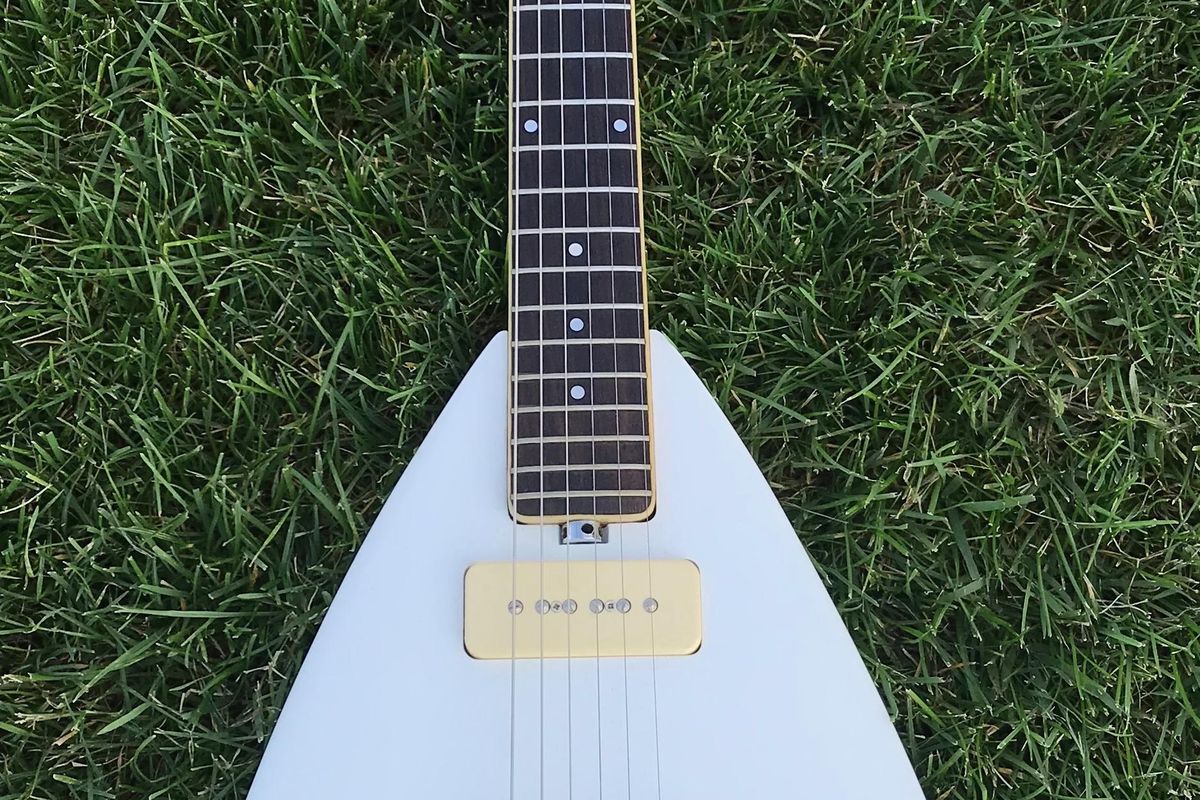 A guitarist enlists his friend to build a teardrop guitar like the one he saw Brian Jones playing with the Rolling Stones in the early 1960s.

Since I was an 11-year-old in 1963, I’ve been drawn to the teardrop-shaped guitar I saw Brian Jones playing in pictures of the Rolling Stones. It had such an artistic and classical shape compared to the Strats, Jaguars, and traditional ES guitars that were so popular among my preteen friends. I never lost the attraction to the Vox Mark VI guitars.

In December 2021, I was talking to my good friend Jeff, a builder and guitar tech extraordinaire, and mentioned that I always liked the teardrop. On a whim, I asked him if he’d consider building one for me. I seriously doubted he would have the time, and if he did, I would be waiting a long time. “Well,” he said, “I really would need a plan….” I thought, Hm, he’s a little interested.

I searched the internet and found a great drawing from the TDPRI forum and brought it to him. Jeff said he had a piece of mahogany that might fit, and that he’d also been looking at vintage Vox necks on eBay. He showed me the listing for a neck from a 1964 Vox Spitfire or Hurricane (the seller wasn’t sure which). We sealed the deal when he pointed out that the headstock didn’t have the same paddle design as the classic teardrop, and I told him that that was my least favorite part of the teardrop design. I preferred the headstock on the Spitfire/Hurricane. 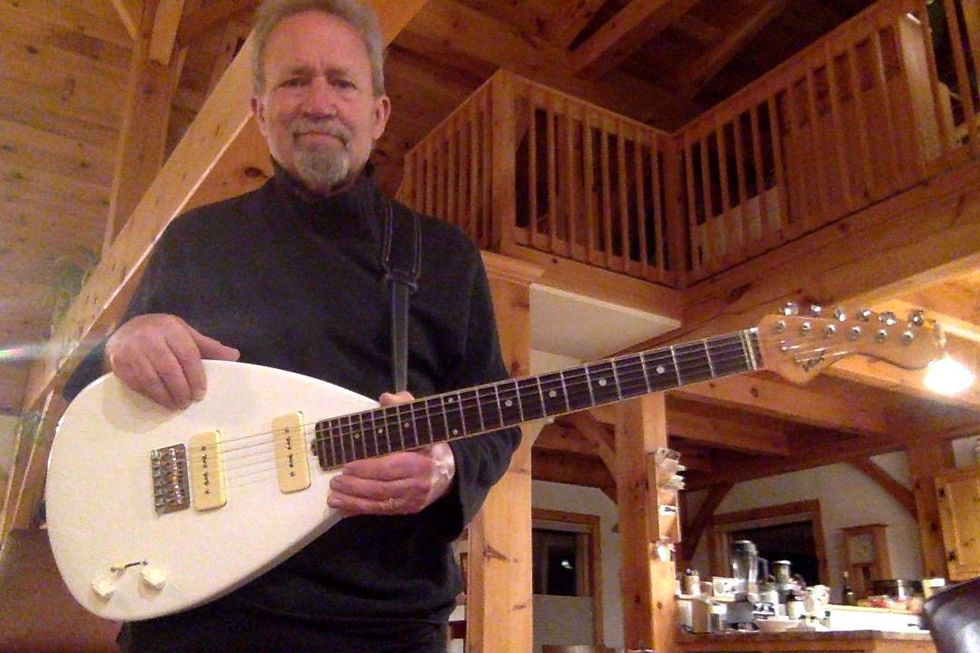 The project went quickly from there. The plan was not to replicate an exact 1963 Mark VI, but to create a modern, roadworthy guitar with all the visual appeal of the Mark VI. Jeff went to work and four weeks later, I demoed the guitar before finishing. It felt and sounded incredible.

The pickups are a pair of Seymour Duncan P-100s wired through a 4-way modded (series/parallel) switch. The bridge and tuners are from a hardtail Fender Strat that Jeff happened to have hanging around. The maple headstock complements the warm white lacquer finish perfectly, and the guitar is appointed nicely with the obligatory Vox-style chicken-head knobs.

When I took delivery of the guitar, it looked absolutely beautiful, and I was onstage with it that weekend. I had a feeling that it would raise a lot of interest at shows and sure enough, on most nights, a guitar player in the audience finds their way to me and wants to talk about the guitar that they too remember from the ’60s. Every time I put the teardrop on and plug it in, I feel like I’ve come full circle with that kid from 1963 who dreamed about playing electric guitar in a rock ’n’ roll band. It’s pretty cool when dreams come true.

Send your guitar story to submissions@premierguitar.com.

TED NUGENT: 'We Can Beat The Devil By Praying And Getting Back To God'

DREAM THEATER's JOHN PETRUCCI On Winning First GRAMMY: 'That Was A Surreal Moment'