Home Featured QUIET RIOT Guitarist ALEX GROSSI To Appear On New PUBLIC ENEMY Album, ‘What You Gonna Do When The Grid Goes Down?’

QUIET RIOT guitarist Alex Grossi appears as a guest on the new PUBLIC ENEMY album, “What You Gonna Do When The Grid Goes Down?”, set for release later this month.

“I met Flavor Flav a few years ago out here in Vegas,” states Grossi. “We quickly became friends and he asked me to perform ‘Bring The Noise’ with him at his 60th-birthday party/show, and we eventually ended up in the studio. I am beyond honoured to have been included on this record.”

“What You Gonna Do When The Grid Goes Down?” will be released on September 25 via Def Jam Recordings.

Billed as the legendary hip-hop group’s first full-length under the label in over two decades, the album will include the single “Fight the Power (Remix 2020)” which opened the 2020 BET Awards and features verses from Nas, Rapsody, Black Thought, YG, Jahi and Questlove.

“Cultural Institutions are important. Being an integral part of one is an honor bestowed and to uphold,” Chuck D said in a statement. “PUBLIC ENEMY songs are forever sonic prints in the sands of time. And it’s time — it’s necessary — to bring the noise again from a place called home. Def Jam. Fight The Power 2020.” Flavor Flav added: “Def Jam is like the house we grew up in. It’s cool to be home.”

Grossi has been a member of QUIET RIOT for over a decade and a half, having been chosen by the late Kevin DuBrow and Frankie Banali to fill the guitar slot in 2004. 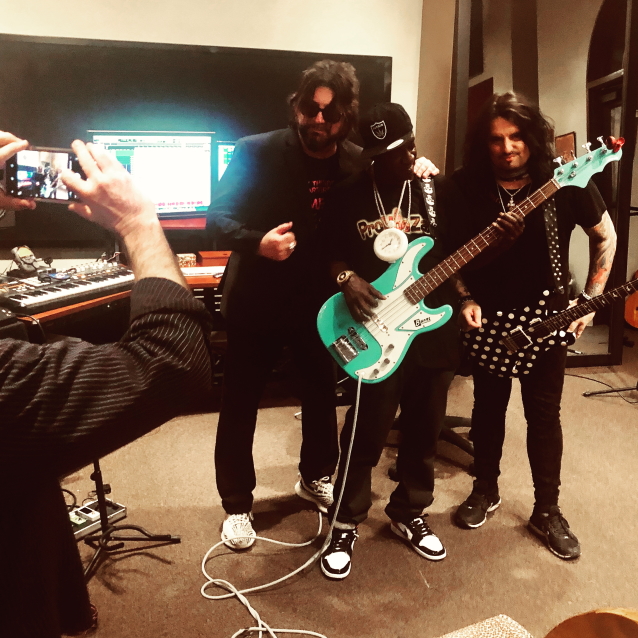