Home Featured Music From SIXX:A.M., BAD WOLVES, FROM ASHES TO NEW And ESCAPE THE FATE Featured On ‘Sno Babies’ Soundtrack

Better Noise Films has released the first trailer to Bridget Smith‘s feature film “Sno Babies”. The film, produced by Allen Kovac, Mike Walsh and Michael Lombardi, stars Katie Kelly (“Game Of Silence”), Paola Andino (“Queen Of The South”), Michael Lombardi (“Rescue Me”), Evangeline Young (“The Good Wife”) and Joanne Baron (“This Is Us”). “Sno Babies” will be available on on-demand and digital platforms on Tuesday, September 29.

A gripping and emotive tale, “Sno Babies” depicts the grim realities of addiction and its effects on a middle-class suburban town. Kristen and Hannah are best friends — smart, likable and college-bound — and also addicted to heroin. The pair of seemingly unlikely addicts spiral down a path of destruction, hiding their secret from well-meaning but busy parents behind pink bedrooms and school uniforms. “Sno Babies” shows how easy it can be to both miss and hide the signs of addiction behind the façade of “good” neighborhoods and pleasantly busy communities.

“Sno Babies” is the first feature from Better Noise Films, a new venture from entertainment mogul Allen Kovac. As manager of artists such as BEE GEE’S, Luther Vandross, BLONDIE, Meatloaf, MÖTLEY CRÜE and THE CRANBERRIES, Kovac has put together many TV documentaries for his artists such as HBO special “The Bee Gee’s One Night Only”, MTV VH1 special “Mötley Crüe’s Resurrection Of Mötley Crüe”, “Meat Loaf: In Search Of Paradise”. Most recently Kovac co-produced Netflix 2018 sensation “The Dirt” based on the life of MÖTLEY CRÜE, with 95% audience rating on Rotten Tomatoes, and “Sno Babies” is the first of two 2020 releases for Better Noise Films.

The official “Sno Babies” soundtrack features some of the biggest names in rock music today. The soundtrack will include two tracks from SIXX:A.M. and will include the Top 10 hits from country/rock star Cory Marks (“Outlaws & Outsiders”) and from chart toppers BAD WOLVES (“Sober”) as well as new music from EVA UNDER FIRE, FROM ASHES TO NEW and ESCAPE THE FATE.

Kovac said: “Studio heads, agents and managers know there is nothing sadder than when an artist or actor you’ve worked with passes away through misadventure. This movie is a wakeup call to the entertainment industry that we can’t lose more Academy Award winners like Prince, Philip Seymour Hoffman or River Phoenix.” He continued: “With over 70,000 people dying of drug overdoses in 2019 in the USA, this film is a way parents can open up the conversation of drugs with their kids before they go to college, an older brother can share a link to ‘Sno Babies’ to his younger brother to watch and say that he’s there to answer any questions afterwards, or for a rehab group to watch together. This is a conversation we need to have in the USA to destigmatize addiction. I have worked with Nikki Sixx of MÖTLEY CRÜE and SIXX:A.M. for 13 years to make this a global conversation to save lives. Please join us!”

With the country’s opioid epidemic spiking from COVID-19 factors, and the entertainment industry continuing to lose its people to substance use disorders, Better Noise Entertainment has committed to fighting this problem by collaborating with the Global Recovery Initiatives Foundation (GRI) to raise funds that will strengthen the field of recovery and directly benefit struggling communities. Better Noise Entertainment will use their expertise in content creation, audience connection and creative storytelling to develop and amplify messaging to a wide pop-culture audience. Better Noise Films‘ share of profits is being donated to GRI. In addition, all artist royalties from the soundtrack are being donated to GRI with matching contribution by Better Noise Music. The donation will be used to deploy 1,000 Recovery Corps workers into communities to provide peer support and access to services for those in early recovery.

Other entertainment industry companies collaborating on this project to save lives include Live Nation, Ticketmaster, iHeart, Pandora and SiriusXM, among others.

“Pop culture is a key vehicle to breaking stigma and educating the public about both danger and hope,” said Catherine Hartnett, executive director of the Global Recovery Initiatives Foundation (GRI). “Young people, especially, resonate with messaging that is cultural and reflects emotional and personal experience. This movie and its soundtrack convey a message of hope coming from despair and can give a young person who is struggling a sense of hope that they too can get well and thrive.”

“It’s incredibly important to shine a light and lend a helping hand to people that are struggling with substance abuse, especially during these trying times,” said Rick Franks, president of Live Nation North American Touring. “Live Nation is proud to support Better Noise in their commitment to save lives and raise awareness for such an important cause.” 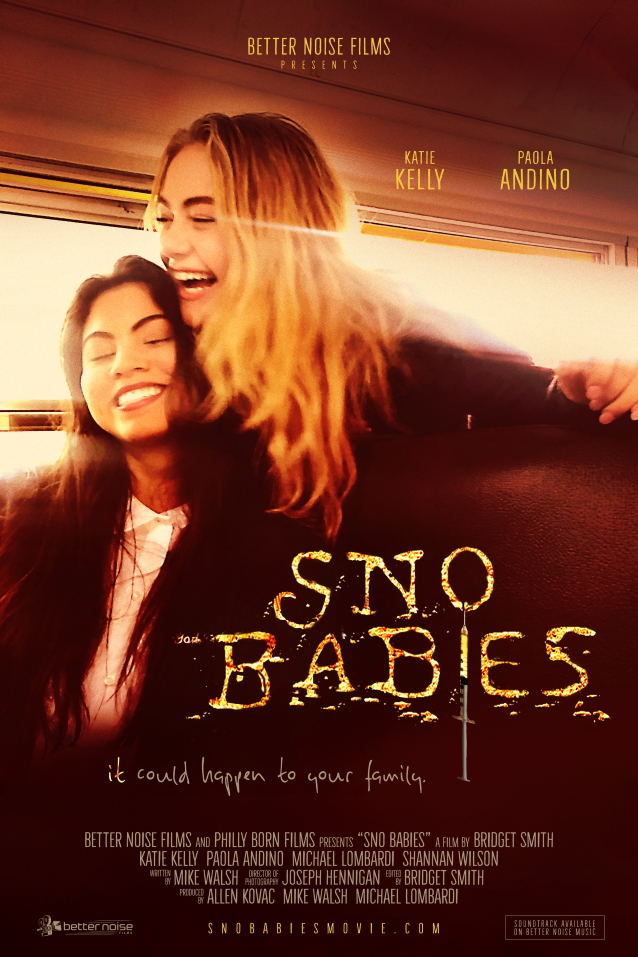