Latin Percussion (LP) has launched the Tommy Lee Graphic Collect-A-Bell, which he will use on the much anticipated 2021 MÖTLEY CRÜE stadium tour.

The new Tommy Lee Graphic Collect-A-Bell is based on LP‘s classic Ridge Rider design, one of the most popular cowbells in history and revered for its legendary tone and time-tested performance. Made in the USA from high-grade steel, the 8-inch-long bell features LP‘s patented high-impact Ridge Rider playing surface which helps dampen overtones and reinforces the mouth of the bell, making it perfect for the heaviest hitters. Delivering maximum volume, attack and projection, the Rock Star bell is the right choice for any fist-in-the-air rock anthem.

The cowbell is finished in a durable, white coating with exclusive Tommy Lee “Rock Star Tattoo Graphic.” The eye-catching finish is applied utilizing a special process which embeds the graphics directly into the metal surface, ensuring it will look and sound great for years. A patented, hand-welded Vise-Clamp Mount fits 3/8″ to ½” diameter rods, and includes a heavy-duty memory lock to hold the bell securely in place.

Commenting on his new signature cowbell, Tommy said: “For you drummers out there, this thing is f**king LOUD! This is the most badass bell ever, can’t wait to make some noise with it!”

Lee is one of the most entertaining drummers in rock. His famous gravity-defying drums solos, including the famous roller coaster, have literally turned the drum solo on its head. Lee‘s drumming helped define and power the pulsating heartbeat of MÖTLEY CRÜE, and his hard-living, rockstar persona and high-profile social life propelled him to become a pop culture, household name.

MÖTLEY CRÜE is currently enjoying a massive new audience since the release of the Netflix film “The Dirt”, a dramatized biopic of the band. So many new fans demanding for the band to come back together, the fuse was lit for the new tour.

MÖTLEY CRÜE‘s “The Stadium Tour” with DEF LEPPARD, POISON and JOAN JETT & THE BLACKHEARTS was originally scheduled to take place this summer but ended up being pushed back to 2021 due to the coronavirus pandemic which is sweeping the globe. 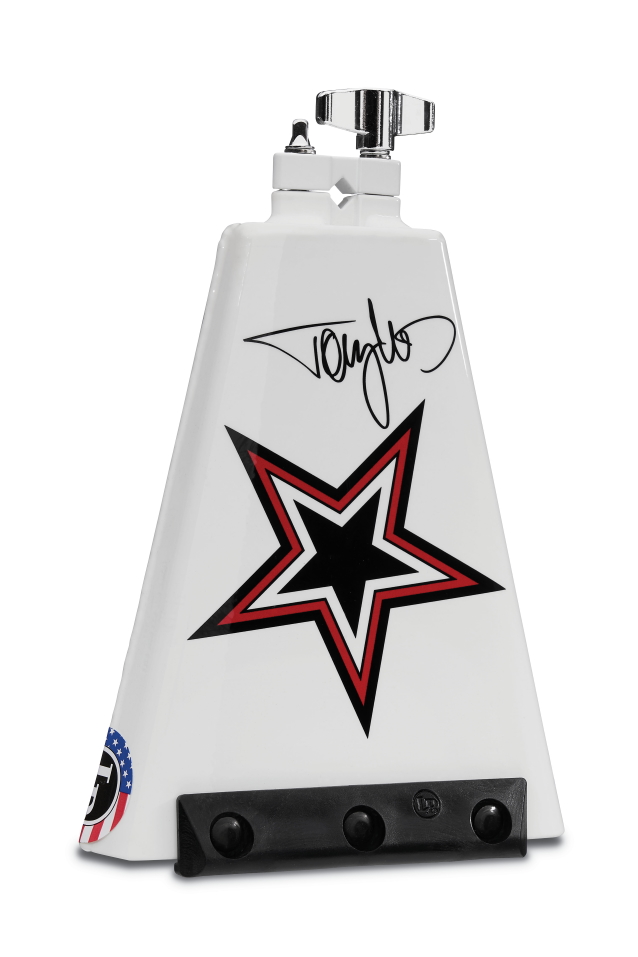