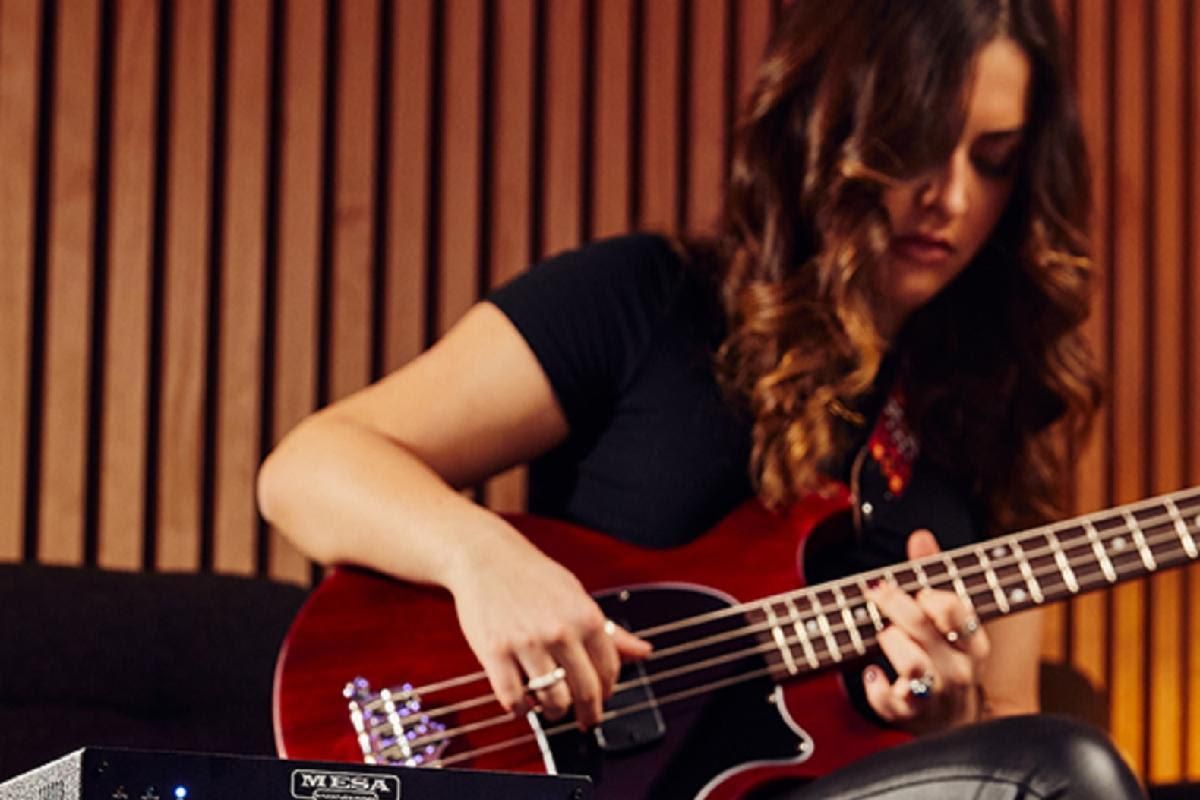 Building on the foundation of the Subway D-800, the D-350 is the lightest bass amp in Mesa/Boogie history and packs 350 watts of power.

The new Subway D-350 uses a solid-state preamp coupled with a lightweight Class D power amp and switch-mode power supply to deliver world-class tone in an incredibly small and lightweight package that’s designed for home use and studio recording sessions while delivering plenty of power and punch to provide MESA-quality tone for small to mid-sized venues, or as a micro-sized backup amp on tour.

The MESA Subway D-350 adapts for use with active or passive basses with the flip of the Active/Passive switch, while the Input Mute switch lets you use inline tuners silently. The Bright switch adds bite and sparkle to the tone and opens up the top end a bit more, and all the switches have LED status indicators. Separate Gain and Master Volume controls allow you to dial up a wide range of tones from shimmering clean to mild overdrive and everything in between, while the built-in fixed high-pass filter (HPF) blocks unwanted, non-musical, headroom-robbing sub-sonic frequencies. The Variable Voicing control adjusts the amp’s response from a flatter curve to a more vintage curve by modifying and varying levels and frequency response in multiple regions with the turn of a single knob. 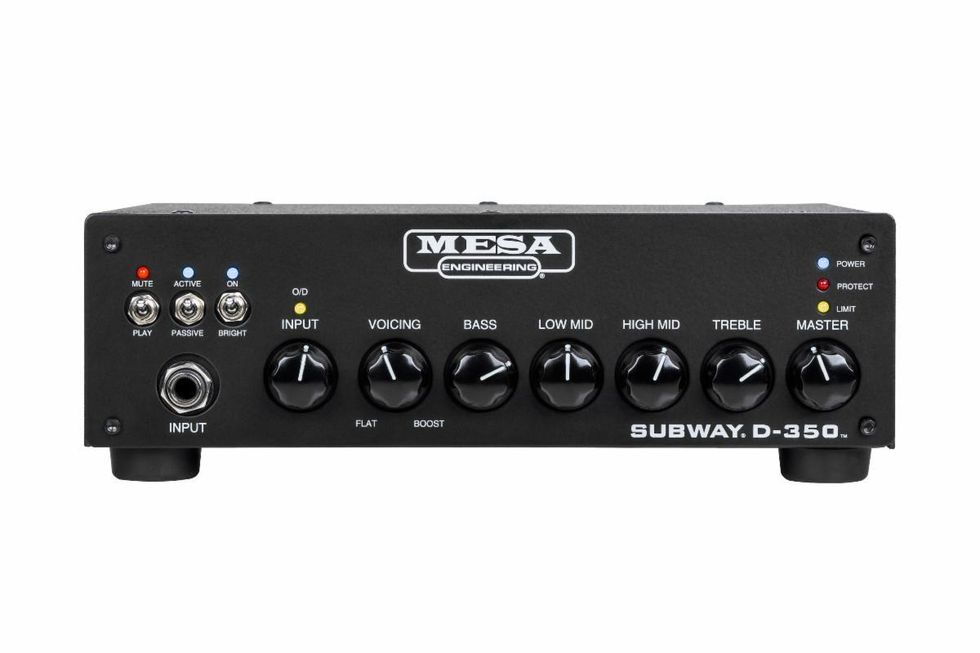 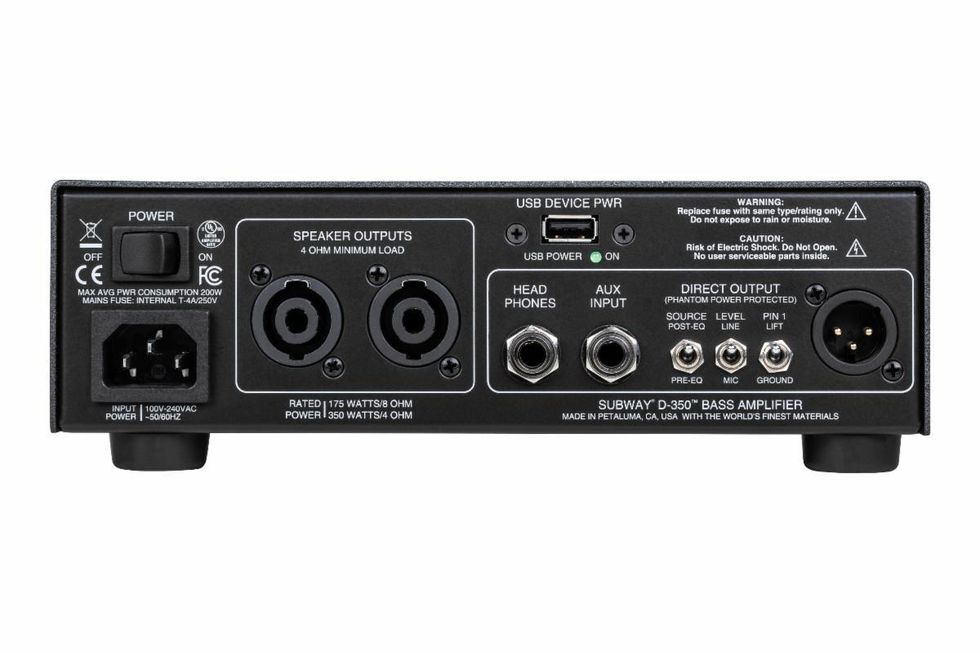