Long-running southern hard rockers JACKYL will release a new concert DVD and CD, “Family Reunion – Live In Kansas City”. The set was recorded during the band’s December 21, 2019 performance at The Midland in Kansas City.

Pre-orders for “Family Reunion – Live In Kansas City” are available now exclusively through JACKYL‘s fan club, The Chainsaw Mafia (membership is required, but it’s free to join). Items will ship beginning on December 11, 2020, and your copy will be autographed.

JACKYL frontman Jesse James Dupree spoke about the DVD during a May 2020 Facebook Live chat. He said: “JACKYL did record a live DVD. And we recorded it — a live concert — at The Midland Theatre in Kansas City in December. It was sold out. There were nine cameras. [There were] 3,000 people in attendance. The place was just electric. We had DMC from RUN-DMC come out and sit in with us. We did ‘Just Like A Negro’, we did ‘It’s Tricky’. It was just a special night. It was the last show of the year. 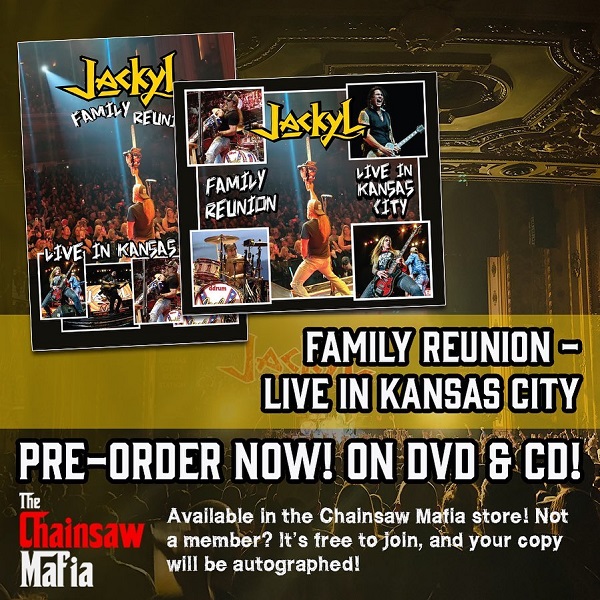