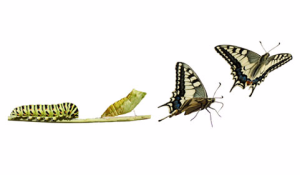 While it was once relatively easy, reinventing yourself as a musician has become somewhat more complex, with the freedom to make mistakes greatly reduced, and the marketplace as crowded as it is. This article looks at how modern artists can successfully re-invent themselves and get a second chance.

Guest post by Kier Kemp and Michael Lane of The Inklings

Ever wished you could press restart, and begin again, knowing what you know now?

It’s a tempting thought, one that all of us have from time to time. If you could do that, you could do it all so much better. When it comes to music, it’s actually pretty simple. It comes down to two things.

The first is time. Time to learn your craft, to road test it, see what works, figure out what makes you great, decide to focus on that alone. Bill Withers and Debbie Harry were both in their 30s when they started releasing wonderful music. Davie Jones may have been fifteen years old, but it was five years and eight singles later that the immortal David Bowie “appeared” with Space Oddity.

The second element is the freedom to make mistakes. If the pressure of scrutiny on anything you produce leaves you paralysed, then you will never create work you’re proud of, terrified of coming up with anything less than perfect.

Mistakes are not simply “okay”, they are absolutely necessary to learn and grow as an artist. Where would The Beatles have been without the Hamburg years to experiment, to go from good to great?

It’s different now. The sheer visibility of artists through rapid release schedules and constant social media contact means that there’s an unprecedented amount of pressure to appear with a fully formed, shiny product from day one. People rarely have the patience to accept anything less than a complete package, from matching fonts to a personal instagram filter, every detail must be aligned perfectly before gracing the screens or earbuds of the audience..

And why not? If the “product” doesn’t meet expectations, there are so many others that do, available instantly with a swipe or a click. Add to this the fact that social social media captures and preserves an artist’s every movement, apparently forever, opening every step of the artist’s progression for harsh criticism and leaving no room whatsoever for mistakes.

It’s a Catch-22. No room to develop away from this 1984-esque era of constant observation.

As a strategy, it picked up coverage in the late 2000s as the nature of the music scene changed and a few smart bands caught onto the idea. Both White Lies (previously Fear of Flying) and Hurts (members of Daggers) built up a buzz, and played their “first gigs” to an audience of mostly label decision-makers who offered them two of the last big deals of the era. Lana Del Rey released music under Lizzy Grant and May Jailer before having success with her “Gangster Nancy Sinatra” style.

It’s nothing new. We saw it with Davie Jones as part of The King Bees, The Manish Boys and The Lower Third before he even started the constant streams of reinvention as David Bowie. Simon and Garfunkel released music under ‘Tom and Jerry’ and Green Day were signed as ‘Sweet Children’.

Another such interesting historical example is Radiohead. When first signed to EMI they were a relatively generic Brit-Pop outfit called “On A Friday“. As well an objectively terrible name, they were a far cry from the band that came to define generations of music spanning practically all genres. Here’s a taste:

Names are simply oneform of necessary experimentation. Every band starts out with a terrible name (my first band was called Korze 4 Koncern). But they also represent the mental label people apply to an artist, defining everything about them. Change the label and it neatly deletes these necessary mistakes so they seem to “appear” fully formed, polished, and ready to amaze people with your “debut”.

So what does this all actually mean for music? It depends how optimistic you are.

A pessimist might say that the relentless strain on creativity required to be a marketing genius from the start might extinguish creativity before it even starts producing any music.

An optimist, like me, might embrace the change. The music industry is still working out how to rebuild itself into a new model, and we could take direction from the startup world. Lean methods tell us that our first Minimum Viable Product should simply be testing assumptions like “people want this” or “this new release structure will get an audience”. We fail, we learn, we adapt.

It could be that this is already happening. According to National Geographic, not only are musicians reaching their ‘peak of genius’ later in life than ever before, but this age is actually increasing. Maybe more artists than we realise are already taking their time to perfect every detail, before reinventing themselves as a fresh, untarnished new talent. The only difference is that now Google can give us a full, unedited history, the old band, the funny haircuts, and the terrible name.

So if you have too many black marks against your name, one irrelevant tweet too many, too many “off-message” interviews. You can simply push the restart button.