George discussed the “Heavy Hitters” project in a recent interview with Audio Ink Radio. He said: “I’ve got another project I did with Jeff Pilson called ‘Heavy Hitters’, which is really interesting. It’s two songs from [each of] the last five decades that we re-interpreted and reimagined, again, and had a lot of fun with. So we have everything on there from Little Richard to Madonna to Timbaland to DURAN DURAN — just all kinds of different music that we had fun with. And so there may be a series of those records. We just finished the first volume, and we may be doing a series of those.”

In a 2019 interview with Guitar World, Lynch talked about his musical bond with Pilson.

“Jeff and I have remained close ever since the DOKKEN years, and that writing chemistry we had back then is still alive,” he said. “And we like to feed it and collaborate. So over the decades we’ve done a few projects together, including things like LYNCH/PILSON [which released ‘Wicked Underground’ in 2003] and T&N [which released ‘Slave To The Empire’ in 2012]. And [more recently] we’ve got THE END MACHINE, which is another effort toward fine-tuning our approach.”

George elaborated on how his musical output with Pilson has progressed, saying: “Jeff and I keep evolving in our tone selection and our compositional skills. We listen to our old records and there’s a lot of things about [them] that we don’t like, and we try to improve upon them. And we talk about that a lot. We say, ‘How can we get the guitars to sound like this?’ ‘How can we get our records to sound more dynamic?’ We’re always chasing that musical dragon, and so every record we do together is another step toward that.” 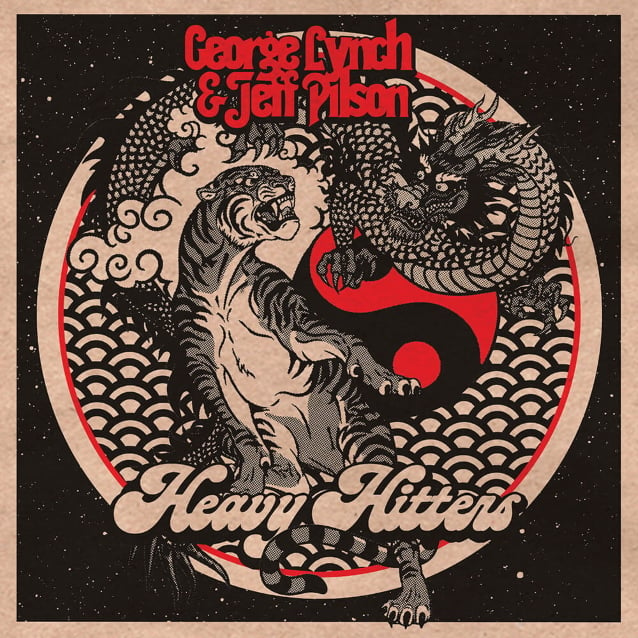