When it comes to making music time is one of the most valuable (and most misused) resources available. Here Jesse Cannon describes how “phased check-ins” can be used in place of deadlines to get the most out of a creative, whether they’re an obsessive or an underachiever.

Usually projects end with deadlines, which is crucial for many artists to ensure they don’t dwell on their songs forever. Deadlines are a subject where you’ll hear advice that neglects the nuances of creative personalities as well as the pitfalls that force artists to release whatever they’ve come up with whether it’s good or bad. Some say deadlines are imperative so artsy types “stay in line,” whereas others say that having a deadline poisons a project by restricting its ability to become actualized.

Common knowledge is that time is the best resource to have available for any creative endeavor. Rick Rubin, being one of the most esteemed producers in music is on this side. The story goes that the first Beastie Boys record took two years to make. Contrary to what you may assume, this long gestation wasn’t caused by them fighting for their rights to party the whole time. Rubin waited until they had a set of songs that sounded like a unique record instead of saying “Well, it’s been six weeks and that’s it.” It was important that the record would be a cohesive work that could bridge the border between rap and rock to change music. Rubin is cited as saying, “the things that can’t be a factor are time, chart position, radio success, sales — none of those things can get in the way of something being great. All they do is cloud the picture.” Quite contrary to what most suits push on artists.

What both sides of this argument miss is the need to compensate for the different types of artists’ personalities and their inherent flaws that commonly ruin records. On one side of the scale is the “obsessive” type of musician who never stops fiddling with a mix. They’re happy to change the EQ on the snare daily, even though it makes no real difference to the song’s emotional resonance. If left to their own devices with an infinite budget, their inner Axl Rose will take nearly a decade to finish a record. Obsessives’ dedication can be rewarded by making a great record, but these personalities usually need a reminder to ensure there aren’t excessive tracks that cloud the picture or too many details that suck the life out of a song. Without a foil that keeps them in line, they’ll destroy what makes their music great.

The other side of that scale is the underachiever. They hate the process of creating while being only concerned with the macro, not the micro. They want the process to be done so they can move on to the “fun part” where they get attention for their music. They need to get as far away from the scrutiny and ego bruises of the creative process as possible. To these types, however the record sounds at the end of the allocated time to execute it is fine by them since they want it done ― they don’t see the possibility of how to improve upon it. Without someone to push them towards fulfilling a great version of their songs, they’ll settle without ever achieving actualization, even if there’s great potential there.

A way to keep both obsessives and underachievers in line is to have check-ins. Instead of saying a record must be done in four weeks, it should be due for a considered check-in then. This way your team can advise you on what they’re hearing. If your record lives and dies by its groove and the whole team tells you it feels stiff, you may need to start over from scratch. If the songs and performances are good but the mix isn’t there, it may be time to start working with a new mixer. If you’re on check in three and the mixes are no better than check in number one, your self-producing obsessive mixer/producer may have lost perspective, so it’s time for someone to put this obsession in check. 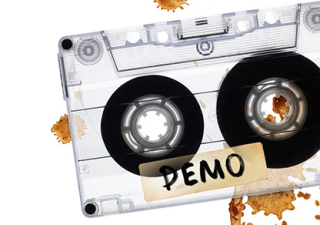 Despite their usual incompetence, major labels frequently employ this phased approach. The first stage is to hear demos from an artist to judge if they’ve written material that’s developed enough to justify the large recording budget it will require to sound worthy of the time and money allocated. If this isn’t the case, outside songwriters are usually suggested or the artist is sent back to write more songs. If they have an album’s worth of good material, they’re allowed to record an album with a producer. Once the producer helps them complete the song, they make some rough mixes of what happened during the recording process.

The label, who are supposed to be experts at how songs should sound at this stage (this is definitely up for debate) will then often utter the clichéd “we don’t hear a single.” The artist is then sent to a producer who’s a bit more of a heavy handed writer to get a single out of them and a couple of songs they did with the last producer hit the cutting room floor, being replaced by this “superior” material. Repeat this until a single is heard or the artist is dropped from their contract. If all goes well, they then go on to mixing the best songs to release on a record. A mastering engineer smooths out the differences in the recording and a record is completed. Well, after the mess of artwork, marketing and other considerations are sorted out. If you have a good team along with friends you can trust, this phased approach can be executed without the idiocy that goes on at major labels.

Unfortunately, under tight tour schedules and limited time off, this process has been all but abandoned since managers, booking agents and labels expect artists to churn out gold after a 30-day writing period. While it may be less and less employed, this process has saved more projects than can be counted. Like most decisions made in the music business, the abandonment of this practice is poorly considered. Making sure an album doesn’t enter the market with a subpar routput that won’t make a good impression will save money instead of wasting it. Incremental check-ins optimize budgets instead of wasting them. It’s important to have checks along the path of the process to ensure the way your process compensates for any inadequacies in the creator’s personalities. Simply making sure a record doesn’t enter the recording process without sufficient development of songs and that the songs are fully developed before being mixed can save thousands of faulted records a year.

Jesse Cannon is the author of Processing Creativity as well as Get More Fans. He is also known for being a Brooklyn based record producer with credits that include The Cure, Animal Collective, The Misfits and many more as well as a co-founder of the site Noise Creators which connect bands with the best producers in music today.