Home Uncategorized As Sirens Fall: The Importance Of Being Yourself

It’s a horrible feeling, growing up and feeling as if no one around you gets you. It’s a guarantee that whatever school you went to would’ve boasted about their insistence of encouraging individuality but the reality is that it only applies if you fit into their idea of a social construct. So, we’re back to square one in feeling isolated and alone, until we get out into the world and find that community of people that get you and makes you feel welcome. It’s a wonderful feeling, after years of feeling judged you find your group of peers who love everything about you. For AS SIRENS FALL, that feeling of being accepted and loved for who you are is at the main core of their band.

For them, being yourself unashamedly and unapologetically is at the most utmost importance. “I think it’s essential!” Says lead vocalist, Mikey Lord, full-heartedly. “Growing up I didn’t really have a sense of community or a tribe really, I was just always a little bit of a weird kid. It’s an age-old story to find a bit of solace when you find something resembling that tribe in music and other people who like the same stuff. It’s important to us to nurture that type of environment where people feel safe to be themselves without any judgement.”

Listening to the band’s full discography we can hear a range of songs that take from different aspects of life, we go from the energetic rock anthems all the way to the more heart-wrenching side of things, but what’s always guaranteed is that each song takes on its own individual style. Mikey has always reiterated that AS SIRENS FALL were never one to stay within one genre and to always think outside the box. “We never sat down when we started this band and had a conversation about what we were going to sound like, it’s very much been a ‘let’s see what happens’ kind of attitude and we’ve always been that way to differing extents. With each new collection of songs people who I think haven’t quite got it, or maybe we haven’t quite laid it out in the right way with what it is that we’re trying to do, have said, ‘you guys haven’t decided what kind of band you want to be yet,’ ‘you don’t know what you want,’ ‘you don’t know who you’re trying to be,’ and that’s kind of the point! We’re not aiming for anything outside of making anything that we love at the time. If we tried to push that we would get bored very quickly.”

But regardless of what one might think of their material, there’s one thing that you can never accuse them of: brutal honesty. For Mikey this is the only way forward with the band. “I think it’s important to be honest and sincere in every shred of everything that we do. I think people can smell bullshit from miles away and you can tell when someone, artist or not, is gearing things in a certain direction because they think it will work better and it doesn’t even come into our heads. It’s really important to us to be ourselves.”

Like many artists in the past few years the pandemic impacted AS SIRENS FALL, like others it affected the way that they would write and record, it ruined plans for tours and live shows, and left a lingering cloud of uncertainly. Trying to make the best in a horrible situation, their latest EP coming of (r)age is the direct result of being in isolation. “It was a completely different environment to writing in and to be creating in, for obvious reasons a limitation of opportunities,” Mikey reflects. “A lot of it was spread out over an extended period of time. A direct result of the pandemic, from a lot of people that I’ve been speaking to and, I think just a lot of people in general, it’s the first time that people have really had the opportunity to be by themselves. I know a lot of people that got therapy for the first time during the pandemic and people tried a lot of things for the first time that they’d been putting off for years.”

Going even further back, Mikey thought about the origins in where his love for music came from, he revealed that his father was in a band which is where the love of music came from. But as to the actual moment that he knew that he wanted to go into the music came from a bit of an unlikely source. “I remember being 5, 6, 7ish, past my bedtime, and my dad was watching ROBBIE WILLIAMS on TV. I was fascinated by how big the speakers are, I remember asking about that and blurting out ‘I want to do that!’” Other influences include, but are not limited to GREEN DAY, MY CHEMICAL ROMANCE, DAVID BOWIE, QUEEN and MEATLOAF – the last one he admitted to very excitedly. In the end it comes down, in Mikey’s words: “Big, theatrical fun.”

coming of (r)age is out now via self-release.

The post As Sirens Fall: The Importance Of Being Yourself appeared first on Distorted Sound Magazine.

Dave Mustaine is set to collaborate with Body Count once again, Ice-T says 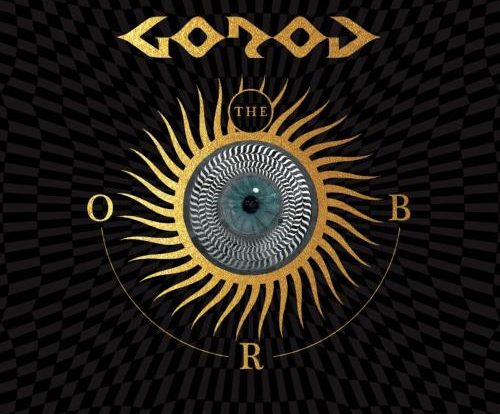