The 30th-anniversary deluxe box set of ALICE IN CHAINS‘ debut album, “Facelift”, will be made available on January 29, 2021.

One of the first releases of the pre-grunge era, “Facelift” introduced the world to Layne Staley, Jerry Cantrell, Sean Kinney and Mike Starr. Certified platinum many times over, the LP includes the hit singles “Man In The Box”, “Bleed The Freak”, “We Die Young” and “Sea Of Sorrow”.

“Facelift” was released on August 21, 1990 and peaked at No. 42 on the Billboard 200 chart. According to Wikipedia, it was the first album from the grunge movement to reach the top 50 in America on the Billboard 200, and the first to be certified gold by the Recording Industry Association of America on September 11, 1991, followed by NIRVANA‘s “Nevermind” on November 27, 1991.

ALICE IN CHAINS regrouped in 2006 with William DuVall joining the band, and released its third LP with DuVall in the lineup, “Rainier Fog”, in August 2018.

Over the course of its remarkable career, ALICE IN CHAINS has garnered multiple Grammy nominations, sold more than 30 million albums worldwide, and amassed a diehard international fanbase whose members number in the millions. Their discography features some of the biggest and most important albums in rock history, including 1992’s quadruple-platinum-certified “Dirt”, 1994’s triple-platinum-certified EP “Jar Of Flies”, which was the first EP in music history to debut at No. 1 on the Billboard Top 200 and 1995’s self-titled double-platinum-certified “Alice In Chains”, which also entered the Billboard Top 200 at No. 1. They returned in grand style in 2009 with the critically acclaimed “Black Gives Way To Blue”, which hit No. 1 across the rock and alternative charts, earned a Grammy nomination, was certified gold and hailed by Vice as “a record that’s as powerful as anything the band has done.” The band’s latest album released in 2018, “Rainier Fog”, hit No. 1 across Billboard‘s Rock, Alternative and Hard Music charts and No. 1 on the iTunes Rock album chart and earned them a Grammy nod for “Best Rock Album.” ALICE IN CHAINS remains one of the most successful and influential American rock bands of all time. 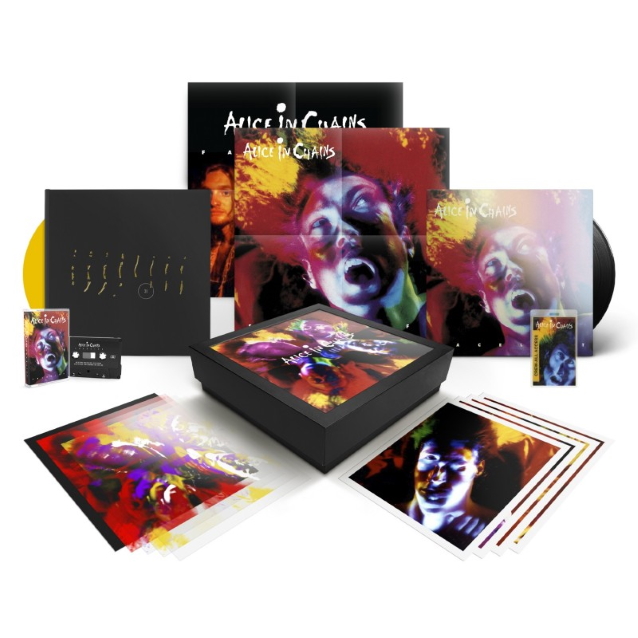 TRACII GUNS Says Lawsuit Against STEVE RILEY Over L.A. GUNS Name Was 'Expensive, Boring And A Waste Of Time And Energy'

FOO FIGHTERS To Be Inducted Into ROCK AND ROLL HALL OF FAME; RANDY RHOADS To Receive 'Musical Excellence Award'